The City Theater (Persian: تئاتر شهر‎, Teātr-e Šahr) is a performing arts complex in Tehran, the capital of Iran. This complex is considered as the main outlet of Iran artistic theater. It was built with the initiative of Shahbanu Farah Pahlavi under the rule of Mohammad Reza Pahlavi, the last Shah of Iran.

It contains several performance spaces including the halls of Cheharsou, Qashqai, Sayeh, the performance studio, and the main hall.The complex was designed by architect Ali Sardar Afkhami in the 1960s,and opened in 1972. After the 1979 Revolution, the Ministry of Culture and Islamic Guidance has overseen its operation.City Theater of Tehran is closed on Saturdays.

I had gotten many pieces from this shop and used to give gifts. Best choice for any Holiday from Xmas to Valentines Day to Norooz. Im happy to see the quality of chain is now improved which makes the product stonger indieclothesfanatic | 16 Feb 2021

I love these pieces. They are super cute. I'm surprised by reading the feedbacks about the necklaces being flimsy. Obviously, they are just delicate pieces of jewelry and should be worn with care like any other delicate jewelry. I personally love them. Thank you Alangoo and thank you the designer. Mahsa D | 10 Nov 2020

Thank you for you nice comment. We do appreciate your support for us and independant designers :) ALANGOO | 24 Sep 2020

Just received this necklace- it is gorgeous!! I had a couple of questions about this item and the customer service team at Alangoo is beyond amazing! Very responsive and helped answer all of my questions. Item shipped quickly and was received in great condition. Thank you again so much. I look forward to future purchases :) Roya | 23 Sep 2020

I have received this magnificent 18K jewelry for about 25 days. As soon I opened the box up, I realized how much it's worth ordering it. The shipping was very fast. Thanks for Lili Niko and her design. Overall the price was so great even with the gold inflation. Thanks for your all hard work to bring me this gorgeous jeweled crown. I am so satisfied with my purchase and will come back to get more. The rate is 5 out of 5 stars. Guest user | 12 Jul 2020

The pendant of this necklace is nice and quite lovely, but the 18k gold plated chain is very flimsy and broke during my first time wearing it. I received this as a Christmas gift. During my first time wearing it, the chain broke without me tugging on the chain or putting force on it. The chain wasn't able to be mended without it being soldered together, so we contacted Alangoo about potentially replacing the necklace. Alangoo's customer service and communication is why I'm giving this a 1 star review. When we contacted Alangoo about replacing the necklace due to the defective chain, they stated that the chain was very delicate and that I should've been more careful with handling it. However, they agreed to accept a return for replacement of the necklace. We mailed the necklace back and did not hear back or receive anything in return for almost 2 weeks. When we contacted them again, Alangoo's customer service 1) blamed me again for being too rough on the necklace chain, 2) complained about having to pay twice for shipping since they'd have to pay to ship a new necklace out to us, but never once did we complain about having to also pay for shipping again to send the necklace back, 3) stated that our requests meant that we weren't supporting Iranian artists (huh???), and 4) stated that Alangoo does not follow the US "customer is always right" mentality...when they are a company based in the US. Extremely, extremely unprofessional. The cherry on top of this ordeal is that after spending $80 on this necklace in total, we got sent back the wrong color. GT | 27 Apr 2020

We are very sorry to hear you had such issue with the brand LilyNiko. This brands creates pieces that are delicate and tiny as you realized. They need to be worn with care and very gently. I understand it's a bit inconvenient and you are right but that is the style of the brand. I hope you start wearing the piece again as they are really pretty. We appreciate your feedback and the brand is doing to do its best to address such issue. We will have them add this info about the delicacy on each product page. Thank you for your support to independent designers and being a returning customer of ALANGOO.com and I hope to see you back ❤️ ALANGOO | 20 Apr 2020

This piece though beautiful, it is extremely flimsy & impractical. I received it as a Xmas gift - well after the 7-day return policy. On my 1st attempt to wear it the hook broke. The chain is not replaceable due to design. I had a jeweler solder the end back on but b/c it is so flimsy I won’t even wear it. I have purchased a lot of jewelry from Alangoo & have never had this issue before. Fafa | 19 Apr 2020
Read More
More from this Brand
View More
$ 55
$ 39
$ 55
$ 39
$ 55 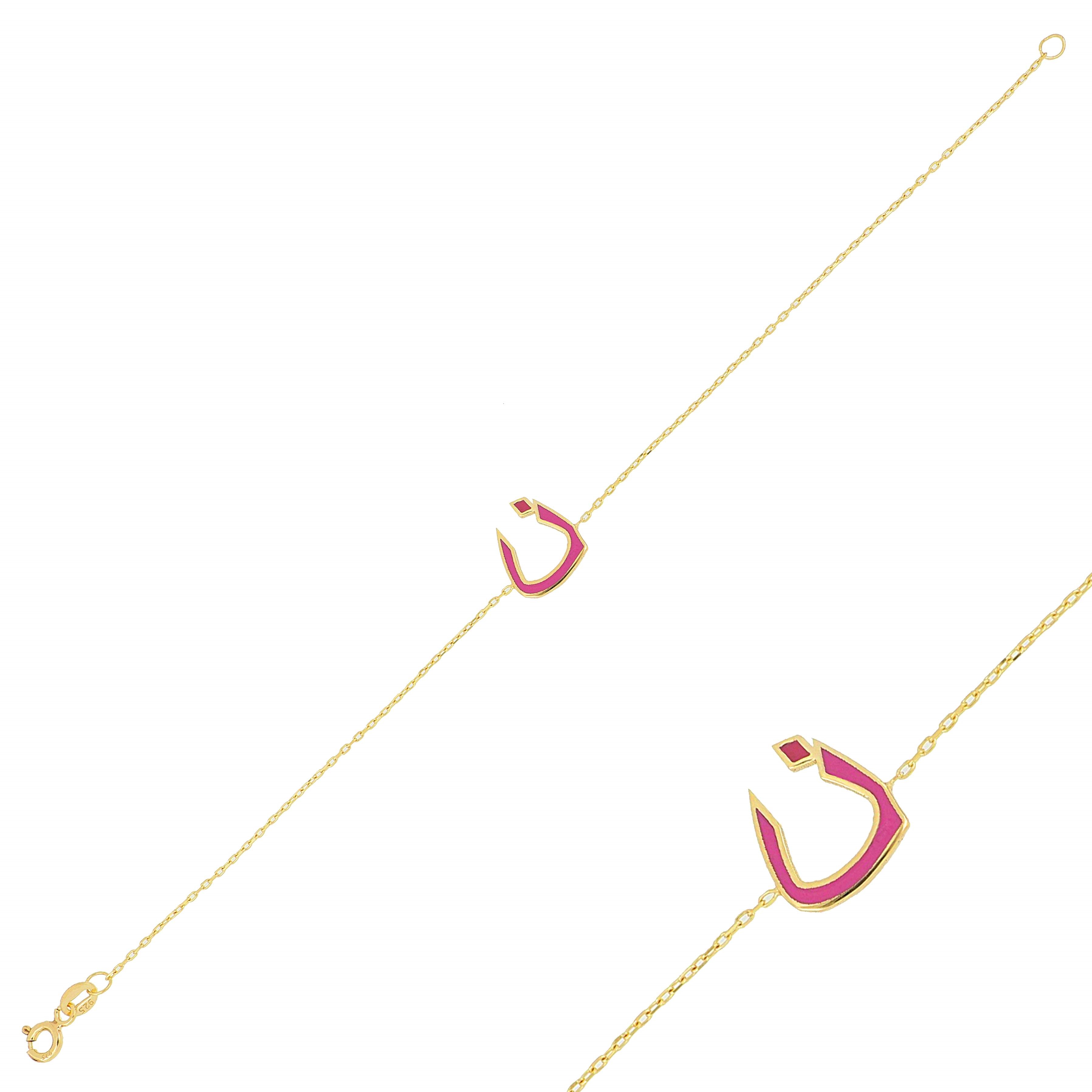